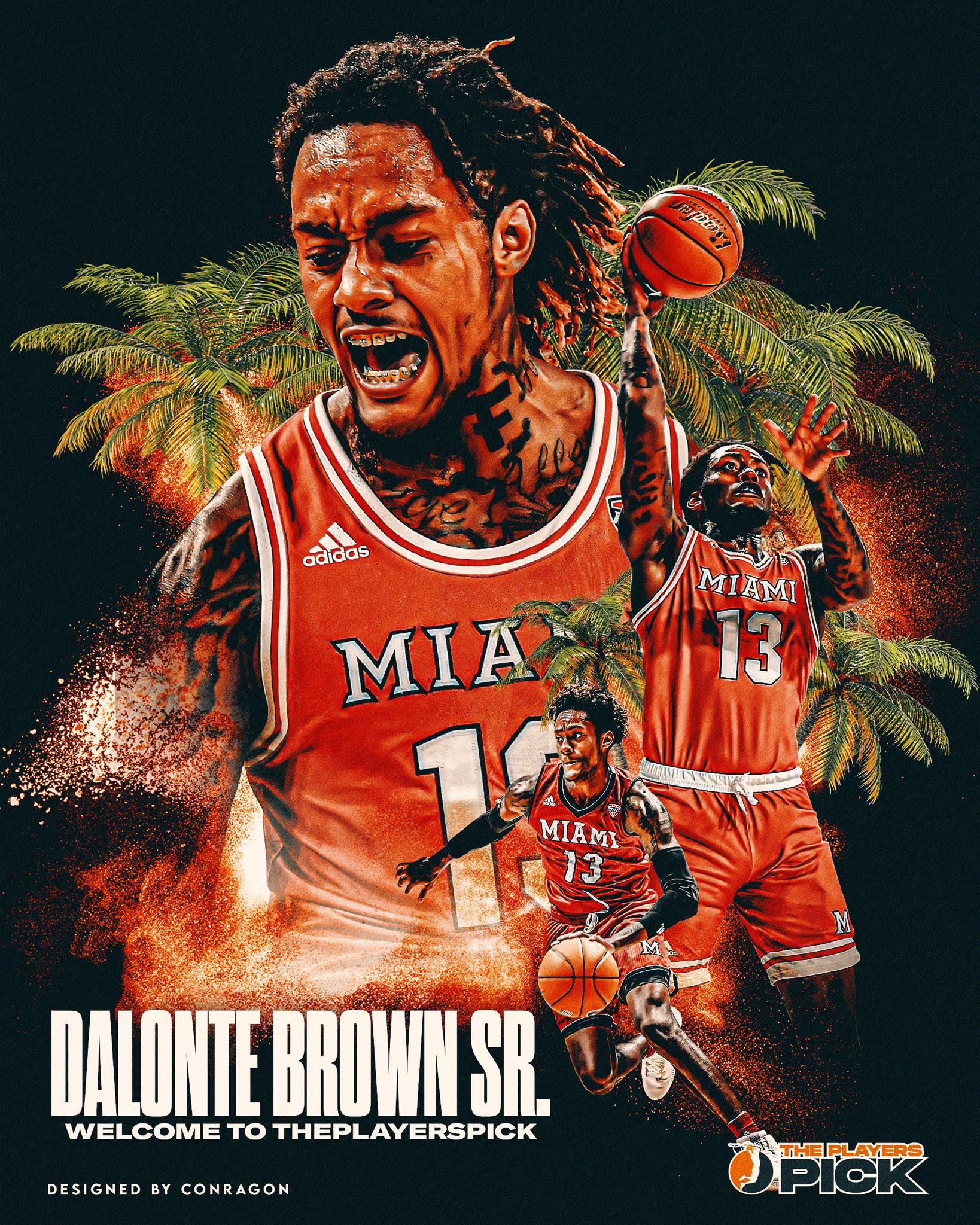 Dalonte is a super talented, combo forward with a skill-set suited for NBA play. Has good versatility and a great feel for the game. His ability to handle the ball makes him a tough match-up for opposing bigs, while he is a constant threat off the dribble with his consistent outside stroke. He uses a combination of strength, speed and agility to either overpower or elude his defender.  He has broad shoulders solid upperbody. Brown has the ability to put the ball on the floor, with a very quick first step that creates mismatch problems at the high post. Shows timely slashing across the middle, where he can catch and score in the paint with either hand. He has an excellent touch and feel around the basket, finding ways to convert on floaters and runners in the lane (58.3% 2pts in his senior season).

Positions his body effectively for easy opportunities in the low post. Great  leaper.  His long arms and upper-body strength help him on the defensive side of the ball. Has a lot of potential being a player who can play & be a difference maker in the League. A bright kid. A gymrat who works hard on his game and shows a mature “professional” mindset.

One of the most versatile players in the country. His consistency and high basketball IQ at such a young age is an attractive quality to General Managers & Coaches.

Has a great mix of physicality and finesse to his game. Shows maturity well beyond his years.

His great hands not only allow him to catch difficult passes in traffic, but they also provide him with a feathery soft touch around the basket.

He has a nice pull-up of the dribble and is very adept at finishing difficult shots such as fade-aways and stepbacks under pressure.

His wide shoulders create space in the paint, giving him a tremendous advantage on the boards.

Great positioning and understanding of assignments make him a reliable team defender.